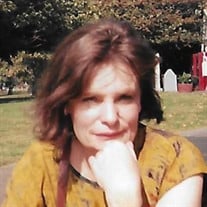 Beloved mother, sister, colleague, neighbor and friend, Dorothy Jo Davidson, passed away on September 13, 2021. Dorothy was born on December 31, 1945 in Faribault, MN. She was the middle child born to John and Emily “Vi” Davidson. Dorothy attended Ugland (a one-room country school) and Kenyon primary and secondary schools, graduating in 1963 as valedictorian of her class from Kenyon High School, Kenyon, MN. She graduated from Hamline University in 1967 and accepted a full scholarship and stipend to receive her Master’s Degree in Social Work from UCLA in Los Angeles, CA. After over 48 years of dedicated and devoted service as a social worker throughout NYC, Dorothy retired in 2017 as a Supervisor with the New York City Department of Probation. During her tenure as a social worker, she tirelessly worked with youth in all five boroughs and supervised a staff of probation officers in both Manhattan and Staten Island. She was well-known and admired for her extensive knowledge of the Family Court Act, unwavering dedication to her staff and fierce advocacy for NYC youth. Dorothy was also a long-standing member of Holden Lutheran Church in Kenyon, MN and of Trinity Lutheran Church in Staten Island, NY. She greatly enjoyed her role at Trinity as Altar Guild member, Sunday School teacher and Eger Nursing Home Norwegian Fair volunteer. Dorothy is survived by her daughter Simone King of NYC and her siblings Judy Stoner of Chicago, IL, Michael (Portia) Davidson of Woodbridge, VA and Jeffrey (Karen) Davidson of Kenyon, MN, along with numerous nieces and nephews. She was preceded in death by her parents, John and Vi Davidson, brother John Davidson Jr. and brother-in-law James Stoner. A small service will be held on Sunday, September 26, 2021 at 12:00 PM at Trinity Lutheran Church in Staten Island, NY to be followed by a service in Minnesota at a later date.

The family of Dorothy Davidson created this Life Tributes page to make it easy to share your memories.

Send flowers to the Davidson family.