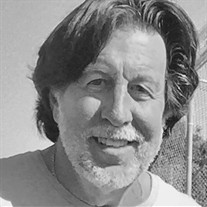 Jeffrey Allan Dillon, 68 of Mendham, New Jersey, passed away on April 17, 2018 at Morristown Memorial Hospital. Jeff was born in Plainfield, New Jersey to Irene and John R. Dillon on October 19, 1949. He grew up in Dunellen, where he was a star basketball player for the Dunellen Destroyers. Jeff scored a record high 55 points in one game, averaging 16.7 points per game in his senior year and scoring 972 points in three years. His Dunellen legacy still lives on! He graduated from the University of South Carolina and was always rooting for his Gamecocks! Jeff started his teaching career in special education for the North Plainfield School District. He ended his 25 years of teaching service as a Physical Education teacher for the Mendham Township Schools, where he taught and coached until he retired. Jeff married his high school sweetheart, Mary Ann Block. He leaves behind his loving wife of 48 years, daughter Jadelyn Feilke and husband Chad, son, Luke Dillon and his two athletic grandsons, Cash and Pierce Feilke. He is survived by his brother, Jack Dillon and wife Teri, sister Susan Somma and husband Don of Hilton Head, South Carolina, Theresa Dillon, and numerous nieces, nephews and friends. He was a beloved father, husband, Poppy, coach and figure in the Mendham community! He will be remembered for being instrumental in developing the Mendham Patriots basketball league and other local sports programs. He loved his garden, playing golf and his favorite song, “My Girl!” The family would like to express our thanks for the outpouring of support! We invite you to celebrate his life on May 12th, 1-4pm at the Community Club of Brookside, 1 East Main Street, Brookside, NJ, 07926. In lieu of flowers, please make a contribution to your favorite charity in honor of Jeff Dillon.

Jeffrey Allan Dillon, 68 of Mendham, New Jersey, passed away on April 17, 2018 at Morristown Memorial Hospital. Jeff was born in Plainfield, New Jersey to Irene and John R. Dillon on October 19, 1949. He grew up in Dunellen, where he was a... View Obituary & Service Information

The family of Jeffrey Allan Dillon created this Life Tributes page to make it easy to share your memories.

Send flowers to the Dillon family.